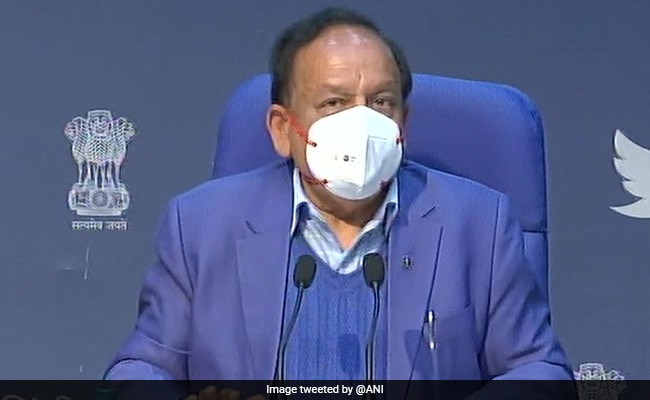 Union Health Minister Harsh Vardhan today said that India is not giving COVID-19 vaccine to the world at the expense of the need of local population.

Speaking in the Lok Sabha on demands for grants for the health ministry, he said that the government has not reduced the expenditure on health as has been alleged by certain members.

On the criticism that India is providing coronavirus vaccine to other countries when it is needed more at home, the minister said: “We are not giving (the vaccine) at the expense of our own people”.

He said the government has discussed the matter with experts and has tried to strike a balance. “The whole world is a family… the whole mankind should benefit from the vaccine,” he added.

Mr Vardhan said that the government is treating the health sector in a holistic manner. The government, he said, has taken many efforts to deal with the pandemic and is future ready to deal with any such eventuality.

Citing data about the work in the sector, the health minister said 157 medical colleges are under various stages of implementation across the country. He said the expenditure on health as a percentage of GDP has increased from 1.3 per cent in 2014 to 1.8 per cent in 2020-21.

The minister said that so far, 22 All India Institute of Medical Sciences (AIIMS) have been sanctioned under the PM Modi government. He said as many as 3.5 crore people have been given the jab, adding that India has so far accounted for 36 per cent of the total vaccinations conducted across the globe.

Earlier participating in the discussion, Congress MP Manish Tewari claimed that the COVID-19 vaccination drive is not going on properly, and alleged that the government is giving more stress on the export of vaccines rather than inoculation of the country’s citizens. He said that so far just 3.5 crore people in the country have been vaccinated, while 5.74 crore doses were given to 72 countries.