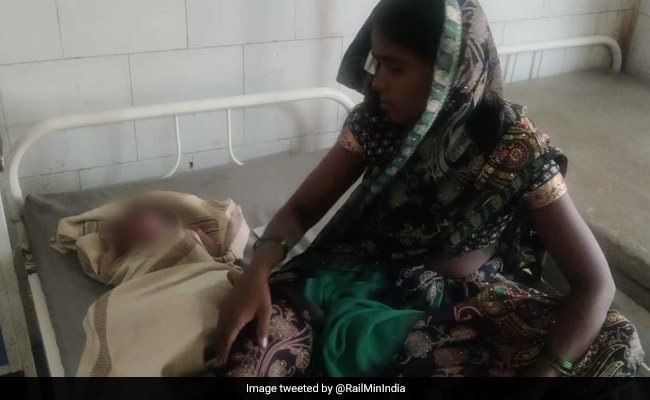 A woman, travelling on the Gorakhpur-Panvel Express, delivered a baby girl inside the train, the Ministry of Railways announced in a tweet this afternoon. The woman was travelling on the Maharashtra-bound train when she went into labour and gave birth. She was attended by a woman doctor at Bhusawal station, the ministry said, before being shifted to a hospital.

The official Twitter account of Central Railway had also shared news of the birth on Saturday, writing that the woman deboarded the train at Bhusawal (located in Maharashtra’s Jalgaon district), where she received treatment and medicines after delivering the baby.

The new mother and her baby girl were shifted to Civil Hospital for further treatment.

Two photos shared by the Ministry of Railways show mother and daughter in the hospital. In one of them, the baby girl, swaddled in a blanket, appears to be crying. In the other, she sleeps peacefully next to her mother.

On social media, many congratulated the family on the birth of the baby girl, while others asked the ministry to provide her with a lifetime of free rail travel.

Railway should give her lifetime free traveling in India as a gift. May god bless the child…

This, of course, is not the first time a baby has been delivered on a train- though such deliveries are rare. Last year, woman gave birth to a baby boy onboard a Shramik Special train.

Whenever a passenger needs help, the onboard staff alerts the station where medical aid is available and the doctors who live in railway colonies around the station are always there to deal with any emergency, a Railways spokesperson had said at the time.