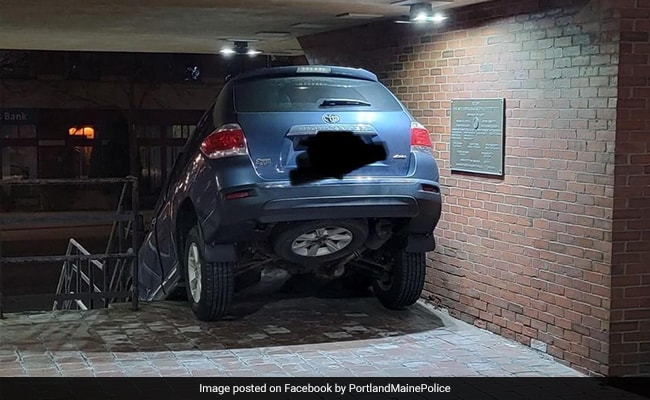 The 26 year old woman has blamed her GPS for the “route” she took.

A woman in the United States of America has been accused of drunk driving by the police, when her vehicle was found stuck on the steps of a police station, as she was attempting to drive out. The 26 year old woman however has blamed her GPS as she drove through the Portland Police Department’s garage and even across a pedestrian zone. She claims that her GPS system showed her the route to take and after reaching a flight of stairs she attempted to leave by driving down them in an SUV to get to the street.

The Police Department released a statement on Facebook saying “A 26-year-old female driver drove through the Police Department garage, across our pedestrian plaza and then tried to drive down the stairs to Middle Street. She said she was following her GPS instructions but responding officers felt it was her excessive blood alcohol level. She was issued a summons for OUI. We are fortunate that she didn’t strike anyone and this ended with just a small amount of property damage. Please don’t drink and drive.”

An OUI in the United States of America refers to someone “operating under the influence of drugs or alcohol”. The Police has not released the identity of the victim as of now.

According to the National Highway Traffic Safety Administration, which comes under the United States Department of Transportation, drinking under the influence of alcohol is a serious issue in the country. On its website it states, “every day, about 28 people in the United States die in drunk-driving crashes — that’s one person every 52 minutes. In 2019, these deaths reached the lowest percentage since 1982 when NHTSA started reporting alcohol data — but still 10,142 people lost their lives.”