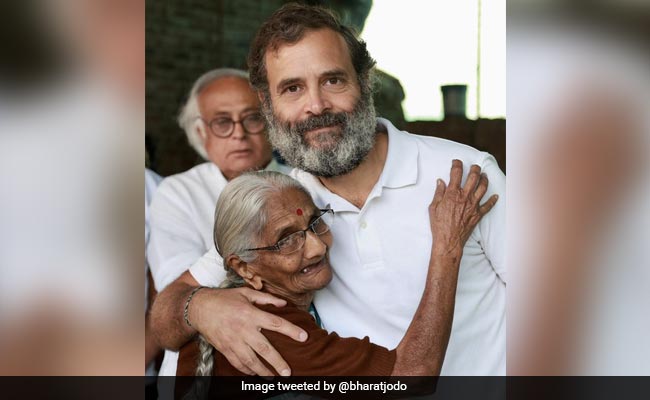 Leelabai Chitale, 93, who had participated in the 1942 Quit India movement, joined Congress leader Rahul Gandhi’s Bharat Jodo Yatra for a brief while on Thursday.

“She wants that the yatra should focus on saving constitution,” Mr Ramesh said in the tweet.

In the video message, Ms Chitale said, “I was twelve years old on August 9, 1942. Mahatma Gandhi had given the slogan ‘Do or Die’…. I and my two friends were caught while shouting slogans (against the British) near a college.” “We were just 12, so we were let off (by police) on the same evening. But my father and brother were in jail for three and a half years. The country did not get the freedom the way it is told today,” she said.

People from all strata of society and religions participated in the freedom struggle, Ms Chitale further said, adding that “these people (participants in the Bharat Jodo Yatra) are trying to save the Constitution.”

“Promotion As Judge Stopped As I Am Gay”: Advocate Saurabh Kirpal To NDTV