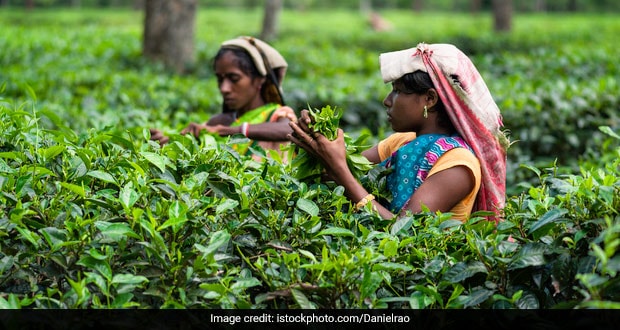 Women from various backgrounds have come together to raise the demands in Assam. (Representational)

Increased reservation for women in elected bodies, adequate security for them to earn their livelihoods, equitable economic participation, better health and education facilities are among the major highlights that women rights groups in Assam have demanded from political parties contesting the assembly election.

The “Women’s Manifesto-2021”, prepared by five organizations working in the field of gender equality have put forward their demands to political parties and contesting candidates so that they recognise the issues faced by women and include these in their plan and promises during campaigning and include them in the list once elected, North East Network (NEN) State Coordinator Anurita Pathak Hazarika said.

“The manifesto is a collective process through which women from various backgrounds and social groups have come together to draw attention to the gaps that exist in attaining gender equality and development in Assam”, she said.

The priority of the elected representatives must be to ensure that the Women Reservation Bill is passed immediately and 33 per cent reservation for women candidates in the legislative assembly and Parliament was assured, WITC’s Banamallika Choudhury said.

The manifesto also urged appropriate representation and participation of women at the decision making level in local governing bodies/councils, public committees, to facilitate regular Mahila Gram Sabhas so that women can voice their concerns and women representatives highlight their issues.

A state policy for women’s safety and protection with adequate budgetary allocation and to establish women’s safety committees at all levels with equal representation of all genders must be formulated and the government must notify all shelter homes in the state as service providers according to the Protection of Women from Domestic Violence Act, PBED’s Bondita Acharya said.

The women’s groups have also called for implementation of the Supreme Court guidelines in Assam to strictly monitor, regulate the sale of acid and formulate state rules to effectively implement The Assam Witch Hunting (Prohibition, Prevention and Protection) Act, 2018, establish and activate fast track courts for easy and affordable access to justice by aggrieved women.

The groups have also demanded that non-political, professional women with experiences on women’s issues should head regulatory bodies such as the State Commissions for Women, State Social Welfare Advisory Board, State Police Accountability Commission and others.

All political parties must ensure qualitative improvement in the health services through strengthening of physical facilities like provision of essential equipment, supply of essential drugs and consumables, infrastructure and staff availability, most importantly at the primary and secondary levels in far flung areas, Xobdo’s Arpana Choudhury said.

The groups also called for immediate and effective implementation of the “Guidelines and Protocols Medico Legal Care for Survivors/Victims of Sexual Violence” by the Ministry of Health and Family Welfare for comprehensive health care response while dealing with persons from vulnerable groups such as persons with disabilities, sex workers, LBTQIA+ persons, children, etc.

Regarding economic empowerment and livelihood for women, groups have called upon political parties to ensure equal wages for women and men through strict implementation of the Equal Remuneration Act, 1976 and the Code on Wages, 2019 which mandate equal wage and prohibit discriminatory wages based on gender, Choudhury said.
They also urged the elected representatives to initiate women’s land ownership drive to build awareness and incentives to women and households with women land owners and provide more opportunities for women with land to take loans, grants and participate in agri-entrepreneurship programmes.

The women’s manifesto also urged MLAs to look at the vulnerabilities of abused, deserted and single women and provide them with benefits under the Rural Housing Programme.

The people’s representatives must also increase investment in gender-transformatic education methods, prepare a financial roadmap for implementation of the RTE Act and the National Education Policy, establishment of systems to monitor girls’ re-enrolment as mandated by the NEP, and include gender equality chapter in curriculum from school to university levels, Bondita Acharya said.